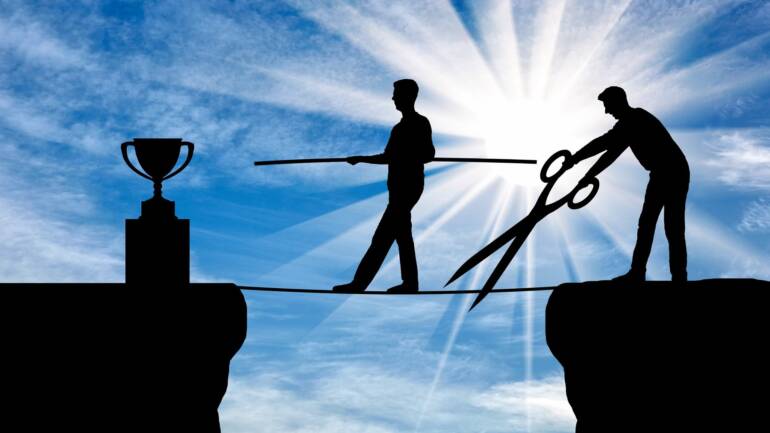 The two forces hidden in the souls of men responsible for many visible things. (Part 1)

Psychologists have said that a man will admit publicly to adultery and fornication rather than publicly say his actions were motivated by strife and out of envy. For this reason these two vices are very well concealed in the hearts of people and when actions are born out of them, the aggressor attributes his actions to some lofty ideals.

These activities have therefore gone on unnoticed and has become public enemy number one.

Did Apostle James not say this when he said from whence cometh the wars and fightings among you and attributed it to bitter envying and strife which is hidden by lying about our motives.

James 3:14
“But if ye have bitter envying and strife in your hearts, glory not, and lie not against the truth.”

The reason why it is so shameful to admit one’s motives stem out of a competitive spirit is because we only get competitive with those who should find safety and trust with us. These things operate in the hearts of those who probably offer outward support and publicly say nice things yet these two vices remain their principal motives behind their actions.

It is also too shameful for grown people to admit they are being tripped up by petty things.

Psalm 55:12-14, 21
12 For it was not an enemy that reproached me; then I could have borne it: neither was it he that hated me that did magnify himself against me; then I would have hid myself from him:
13 But it was thou, a man mine equal, my guide, and mine acquaintance.
14 We took sweet counsel together, and walked unto the house of God in company.
21 The words of his mouth were smoother than butter, but war was in his heart: his words were softer than oil, yet were they drawn swords.

This is where witchcraft flourishes and the first time it occurred it happen in a family among brothers. Cain slew Abel and this is still going on today with a man’s greatest enemies being those of his own house.

Cain was envious of Abel and so killed him in the field. Envy can be defined as hate that arises towards one above us, who is what we are not or possesses what we do not have. The massive danger is the definition of murder is actually a manifestation of envy which is, to take another’s life as result of envy.

The shame is this first manifested within a family which should have been the place of protection.

Strife is a competitive spirit which attempts to take visible things from another. These things are always material and visible void of the creative space. Instead of truly supporting and praying for the other, the man of strife schemes to profit out of the loss of another.

This may be obtainable in the world where companies battle for market share but within the Body of Christ this attitude is the development of a cancerous tumor that mustn’t be allowed to grow.