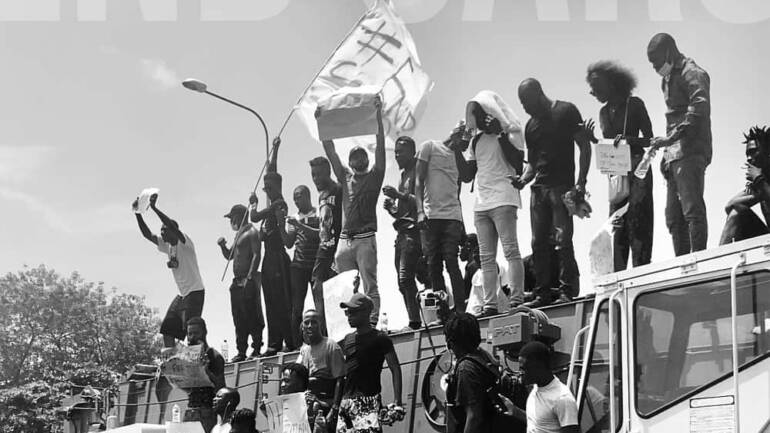 The two different mindsets. An opportunity for those in Government with a progressive mindset to bring this to an end. Do the right thing now.

1. Two different mindsets revealed at the red sea. Moses’ approach was “let’s call on God and standstill and see what the Lord will do”. He will fight for you while you hold your peace. This mindset has affected a generation of Christians who pray only hoping God will do it for them.

2. God responded in the next verse to Moses saying “why criest thou unto me. Tell the people to go forward while you lift the rod over the red sea and divide it.” The second was a shift in mindset. God was saying I am going to be involved but you must walk towards your red sea.

3. We have a new generation that has decided to match towards the red sea which can in itself be very intimidating. They have overcome fear and learned helplessness. They know change can only happen through action. It’s the business of the older generation to lift up the rod.

4. To lift “the rod” over the activities of the young ones and help to divide the waters so the clear path can be seen. There may not be clarity of thought as to what is going to happen but those who lift the rod behind the scenes should divide the waters for the first time.

5. Their responsibility is to create the true path for this movement to take the nation to the next place, where it is supposed to be. There are people inside the system who know this voice of the youth, who understand what the clamor is all about. Their business is to advance.

6. Now is the time for the waters to part and those who have that progressive mindset within the system should arise and reach out to this generation marching towards them and say “I have been placed within governance for a time as this if I perish let me perish but I will help

7. This is what has to be done now to bring this to an end. It is up to those within the system who have a progressive mindset to arise and guide this movement across the line. Exodus 14:13-16.

8. This is an opportunity for the progressive forces in Government to act now. This is your moment. You can bring this to an end by joining forces together and then deciding to wield your influence to open the door to the aspirations of these youths. #endsars