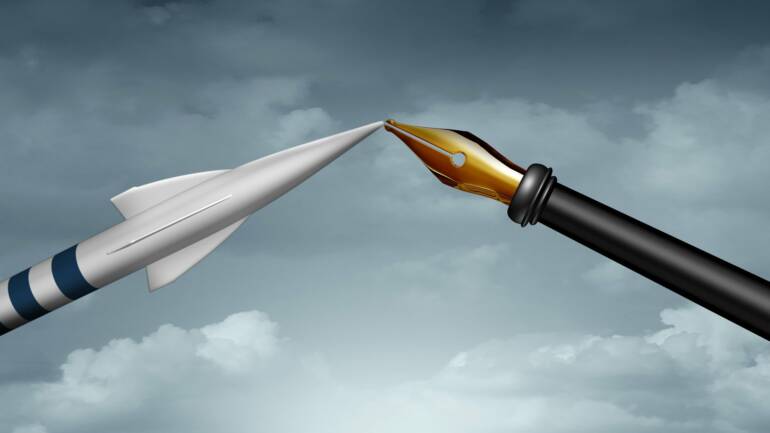 Leadership: The hawks or the doves who wins? ~ Pastor Poju Oyemade

Leadership: The hawks or the doves who wins?

There is a basic principle in leadership, there are people who surround a leader who have his ears. They make suggestions that have a greater impact on his or her mind in shaping decisions. These are people who historically are referred to as those that dwell in the “kings court.” Bible says in the multitude of counselors there will be safety. They help in interpreting the vision the leader has as to the best way it should be executed. Many possess administrative talents or some unique gift that brought them before the leader.

Now when we study these people they fall generally into two classes. Some are aggressive in their outlook to life, they have a combative mindset and can be bullish. They are referred to as hawks. They believe that the cardinal sin in leadership is to show signs of weakness. They believe in the outward display of strength using force.

Then you have a second set who are doves, who believe more in taking a softer approach to obtaining their goals. They are not weak individuals or else they will not have emerged into such strategic positions however they don’t think aggression is the only way to show strength. They believe wisdom is better than weapons of war.

These could be seen in the courts of king Rehoboam. Where a group said lead by serving but the other said lead with a strong hand. 1 Kings 12.

The truth is there is a time for each. Ecclesiastes says there is “a time for war and a time for peace.” Wisdom is knowing when each season is at play so you do the right thing. There is a time to fight back because this is a clear enemy going for your soul however to stay permanently in this “bunker” mindset will be dangerous. There is a time to use the situation to your benefit through wisdom. It is important to maintain both voices around you and not allow one set of people to “take over” the court. You will need both at different times.

If you are shouting “war” “war” when there is no identifiable enemy against your goals but simply because things didn’t go according to your plan and you are used to having your way always, you will do great damage to your next season.

Jesus resisted satan and evaded death severally while he lived on the earth but when it was time to go to the cross, he could have called for twelve legion of angels to fight for him but he knew surrendering to the process was for his maximum benefit and elevation. Even though it was a move by the princes of this world, it coincided with God’s plan for him.

Winston Churchill who is probably the most revered of the Prime ministers who have governed Britain repelled the German invasion in the world war but he lost the next election which seemed at the time inconceivable.

The opposition won with one slogan, Winston Churchill won the war but has lost the peace. May we know the times and seasons so we do not find ourselves still being aggressive when we should be planning and building.

The prayer of faith cannot be denied.

How to work with prophetic utterances you received.