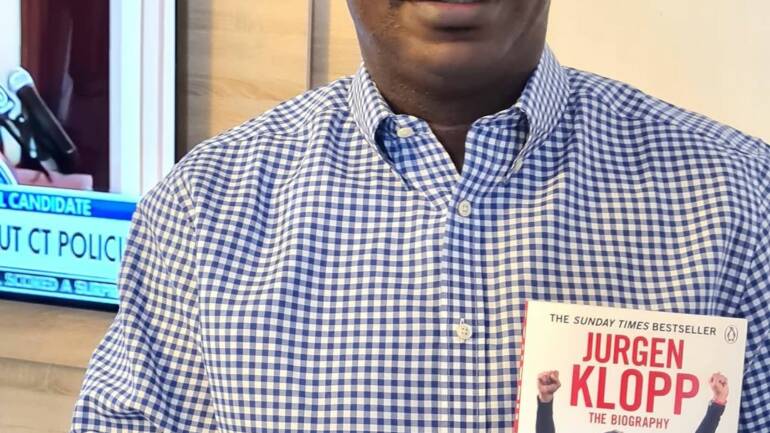 Yesterday, I reviewed a book on leadership at the invitation of Laterna Books and it was The biography of Jürgen Klopp. There are several powerful principles that played out in his life. Emphasizing things like “the best plan rather than the best players win matches”, “Pragmatism is what counts rather than aesthetics”, What I sought for most was how his faith influenced his thinking in the world of football which is so mundane. I found it when he spoke about his first-team Mainz which he coached, a second division side that yearly struggled to get into the Bundesliga.

For four consecutive years, they came close, losing promotion by just one point when they had three matches to secure the point but lost all three. The year after they needed just a goal and were cruising to top-flight until the opposing team scored in the dying minutes of the match. They led by 4-0 till that moment. People began to say there must be a “curse.” To this, he said “I don’t believe in a football god, I only believe in God. I believe everything in life has a meaning and one day I will find out what today meant.” By the next day addressing the crowd who were disappointed he said “Yesterday I asked myself what it all means and I realized someone had decided it necessary to show people that you can get knocked down once, twice, three, or even four times and you can still get up again and win.” The next year they won the league and got promoted to the top-flight division.

If you have been knocked down repeatedly, your life will one day be used as an example to tell others, you can win after setbacks and win big.